The 3D TV feature displays the camera image and model (together with the inclusions, if any) for stereo viewing. To use the feature, a display with 3D capability must be attached to the computer as second monitor.

The TV set must have native resolution of 3840×2160 px or higher. Check the manual of your TV to find out which stereo mode it uses, and set up Oxygen Server accordingly by starting it with the corresponding command line key, see Command Line Switches.

The preferred TV models are:

Note that the photosets are saved as stereo (*.jps, *.pns) by default, unless forced to be mono. This ensures that they can later be viewed as 3D TV too. 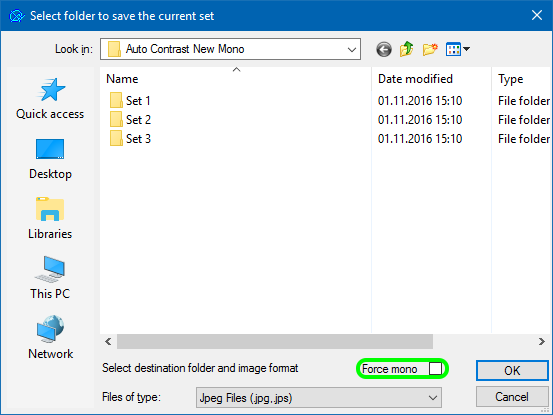 Tone mapping is a method to convert data with greater color depth (12 or 16 bit) to 8 bit. The method is applied only if the camera is working in Mono16 or RGB16 mode.

The method offers a variety of options which may be tuned for the best visibility of inclusions. See Tone mapping for more details.

Note that the tone mapping is applied only to the screen representation. Automatic functions of the program rely on the raw data with their lowest significant bits discarded.

Autocontrast is one of the Tone Mapping options. When switched on, it automatically adjusts contrast of the image. 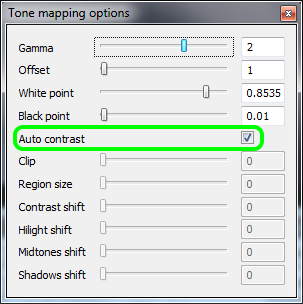 Below is the series of similar photos taken with and without Autocontrast.

New interface for measuring and setting the focus depth is introduced.

Buttons determine which object is used to measure the distance to:

Surface button sets the focus to the surface of the object (rough diamond or polished diamond, depending on the selection).

If the model contains no allocated polished diamonds or none of them is selected, the Diamond button is disabled. Note also that the diamond itself is not shown in this mode.

To select a diamond, switch to Allocate mode, click at one of the solutions on the Solutions panel, and then click one of the diamonds on the Diamonds panel. 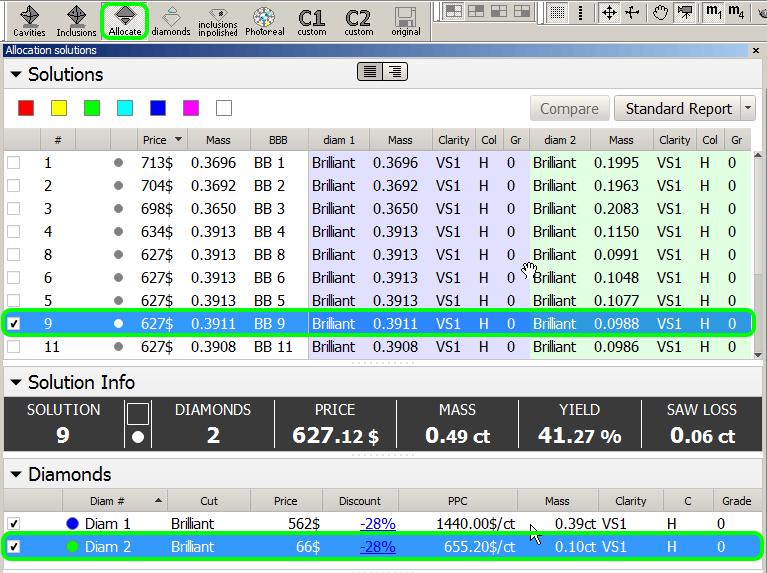 The purpose of measuring the distance to diamond is mostly a quick check for a certain inclusion in photo view, without having to build it. By focusing on the diamond in the direction of the inclusion, you may clearly see whether or not the inclusion is inside the diamond.

The measured distance in micrometers is displayed in the caption below. Note the "(in)" postfix indicating that the focus is inside the object.

Color background behind the caption indicates the location of the focus:

Surface button sets the focus to the surface of the object (IG cube, rough diamond, or polished diamond, depending on the selection).