When GIA Facetware and MyRound grades differ, both grades are displayed in the solution list simultaneously. 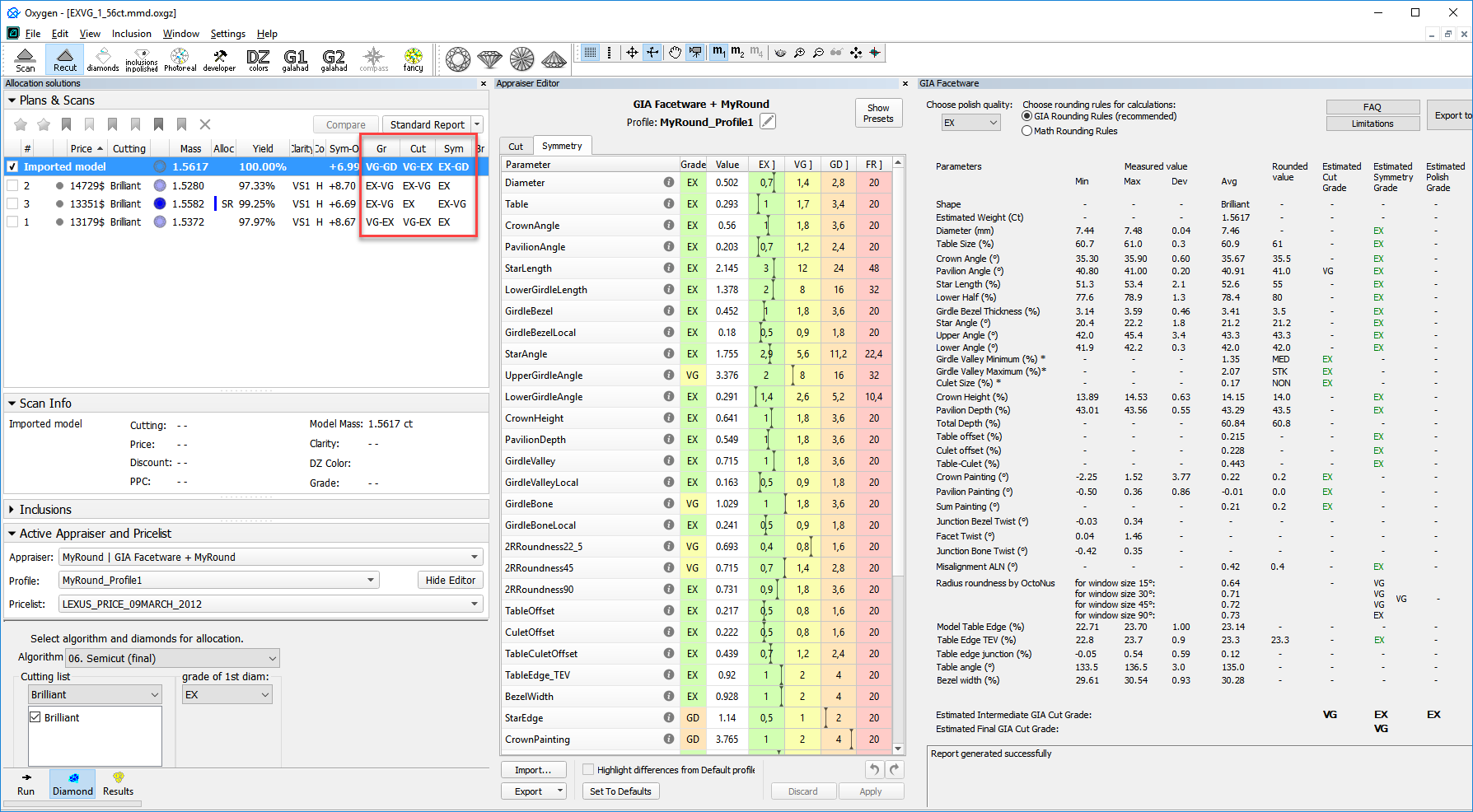 "MyRound_Max" profile is a read-only profile with the enlarged intervals for receiving larger Facetware plans.

Starting from HPO version 5.0.35, the intervals for the following parameters have been extended: 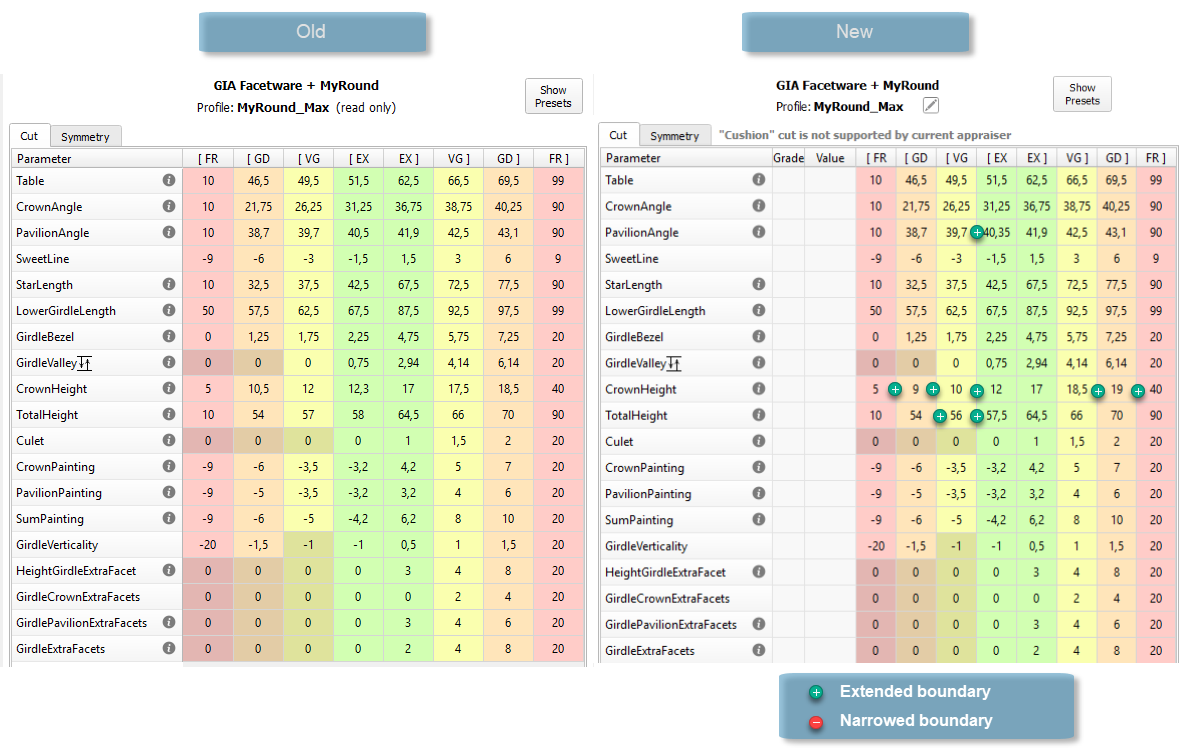 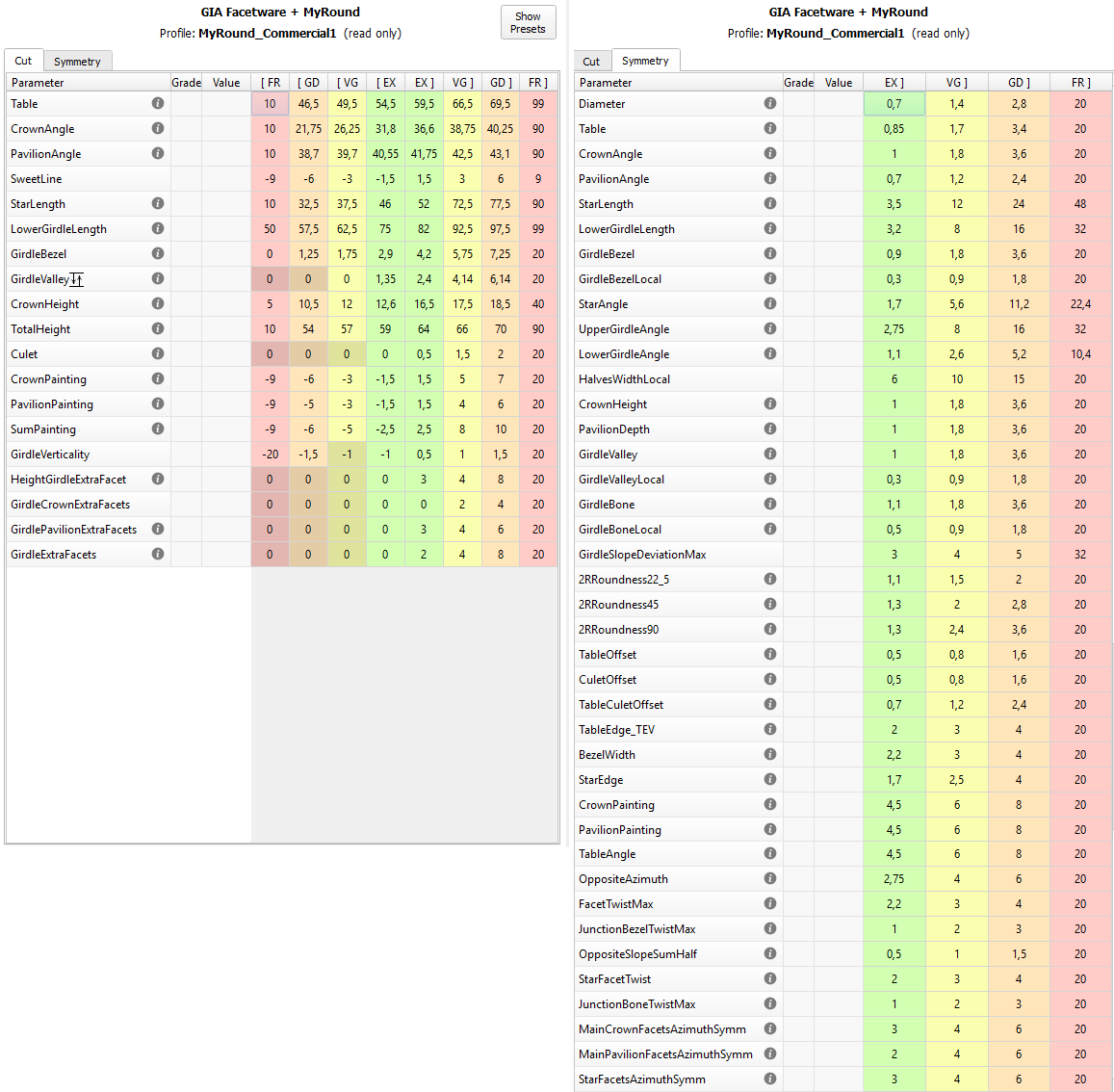 The "MyRound_SweetLine" profile is based on the "MyRound_ModernCut" profile but holds narrowed boundaries for the SweetLine parameter, which means it is aimed at producing solutions with better optical performance (see Using SweetLine for details).

The "MyRound_H&A" profile is intended to produce the solutions optimal from the perspective of the Hearts and Arrows ( H&A ) optical symmetry standard. The profile also contains the set of 8 profile-specific H&A presets, that allow getting a variety of excellent H&A solutions within one run for later comparison and selecting the best one. 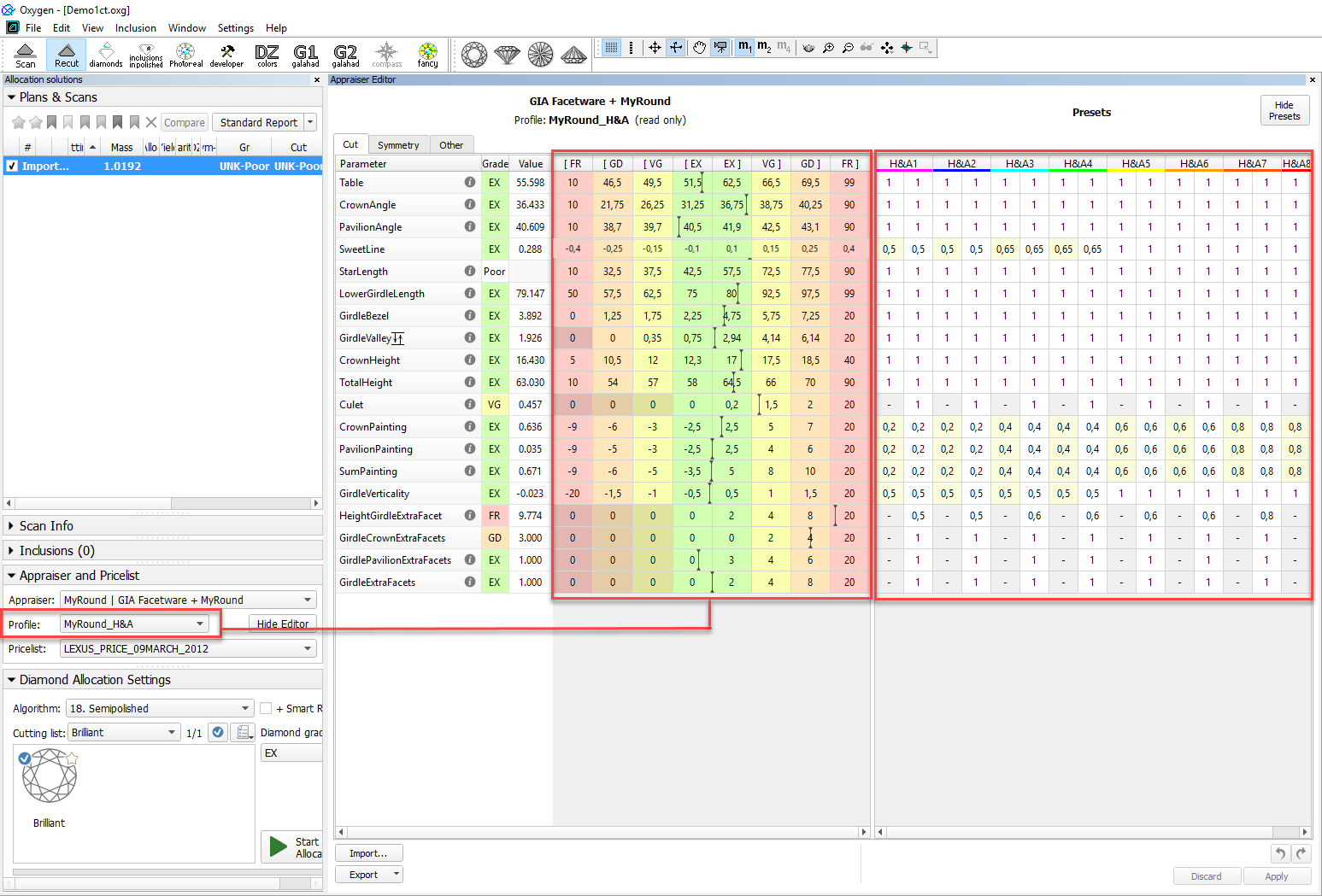 In the video below you can find some information on how H&A profile and presets can be used and examples of produced solutions.

The "MyRound_H&A 5ct+" read-only profile is intended to produce better solutions for the big (5ct+) stones. 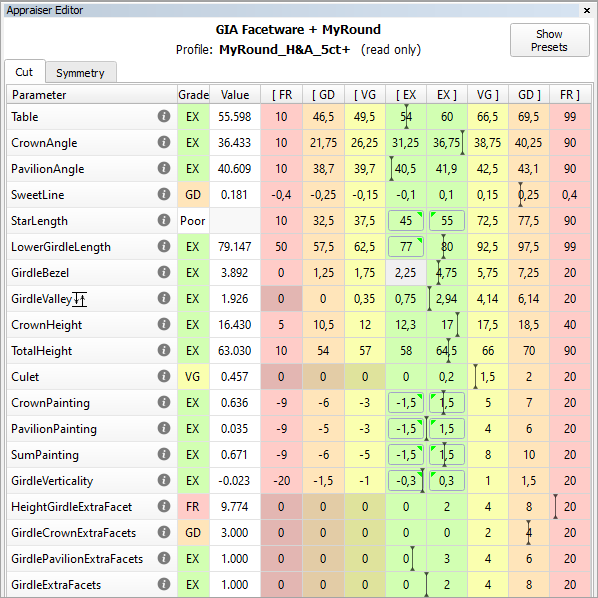 Its main differences from the standard "MyRound_H&A" profile are:

Starting from HPO version 1.2.95, some changes were made for profiles and presets. Purposes, changes and results are described below.

For purpose "Profiles #2 - Scanned stones should not go outside the EX grade where possible:

For purpose "Presets #2 - ModernCut and Commercial should provide the maximum range":

The table below describes changes and results.

From version 5.0.35 - Improved Functioning  for Larger Mass for VG Grades