The "MyAnyCut" hybrid appraiser includes only the basic set of parameters, universal and applicable for almost all cuts. 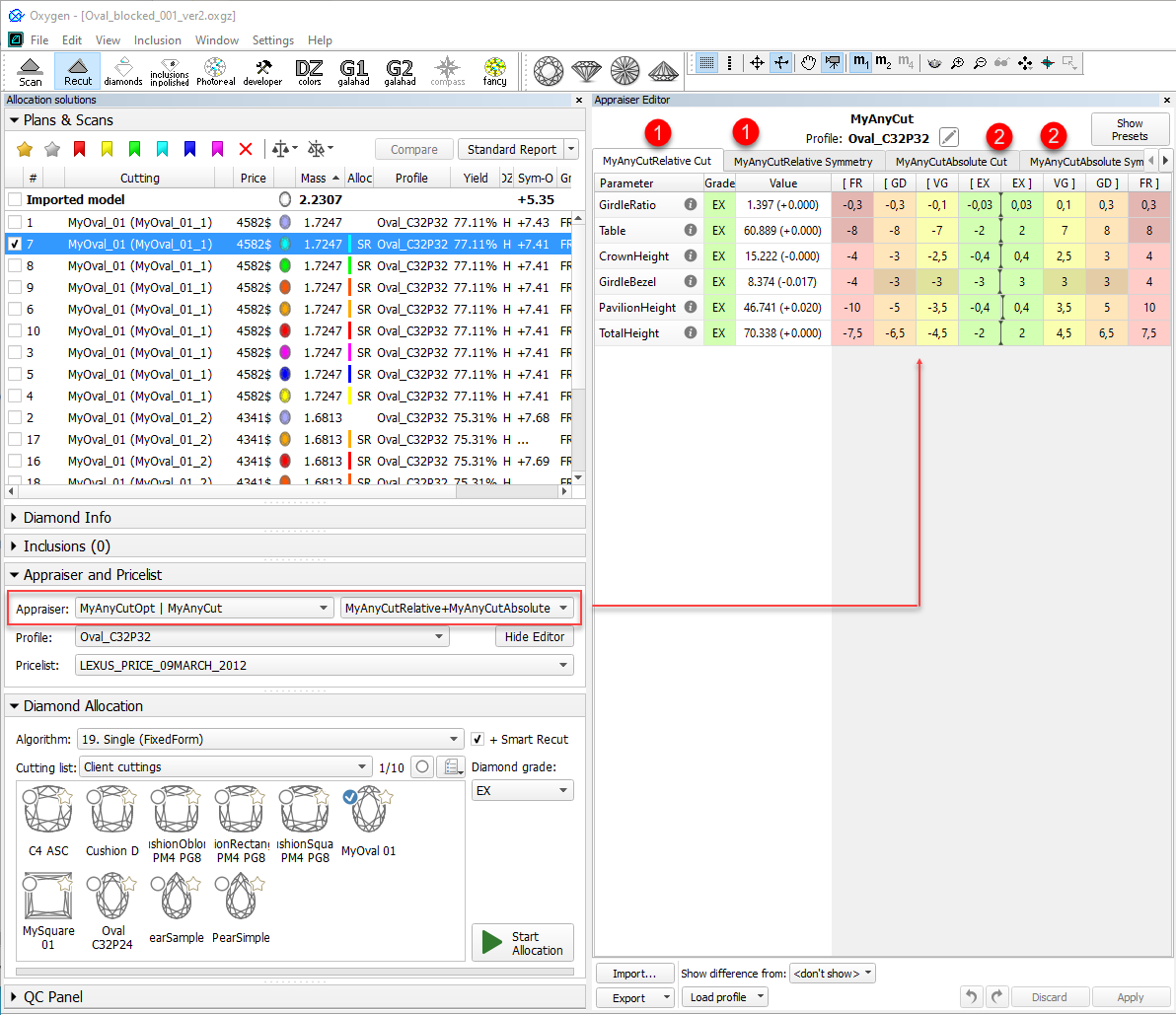 Wrong values are highlighted in red. On editing finish, the wrong value is automatically substituted with the nearest correct (0,01 or -0,01).

In version 1.2.92 the appraiser obtained the new name: "MyAnyCut". The previous name was "MyAnyCutOpt | MyAnyCut" 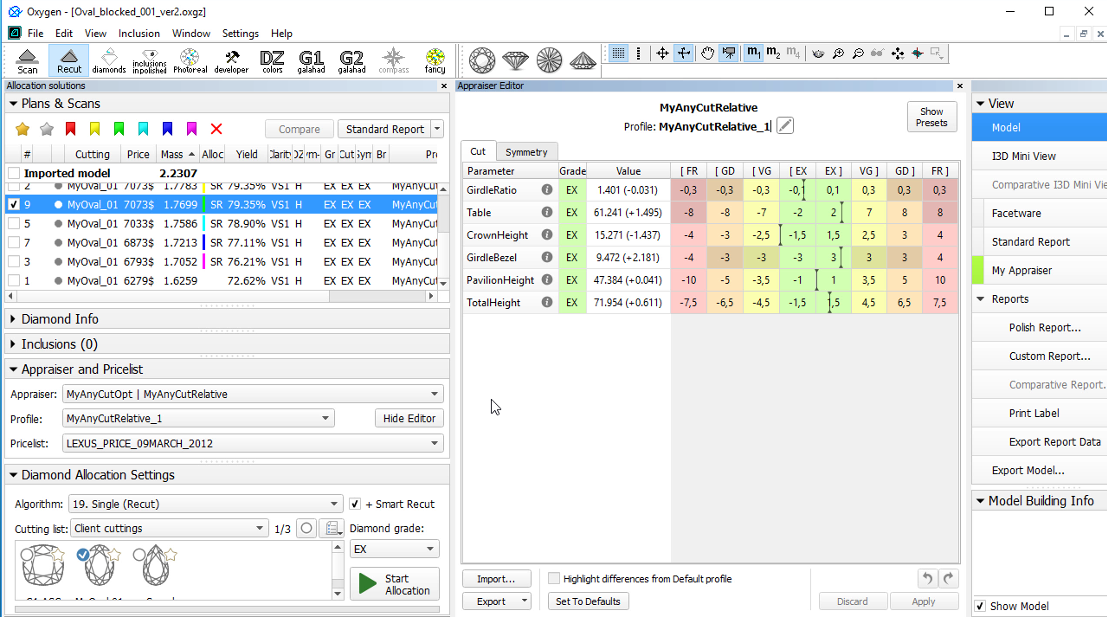 In previous versions, the name of the algorithm was "TestRelativeAscii | MyRelativeAscii". 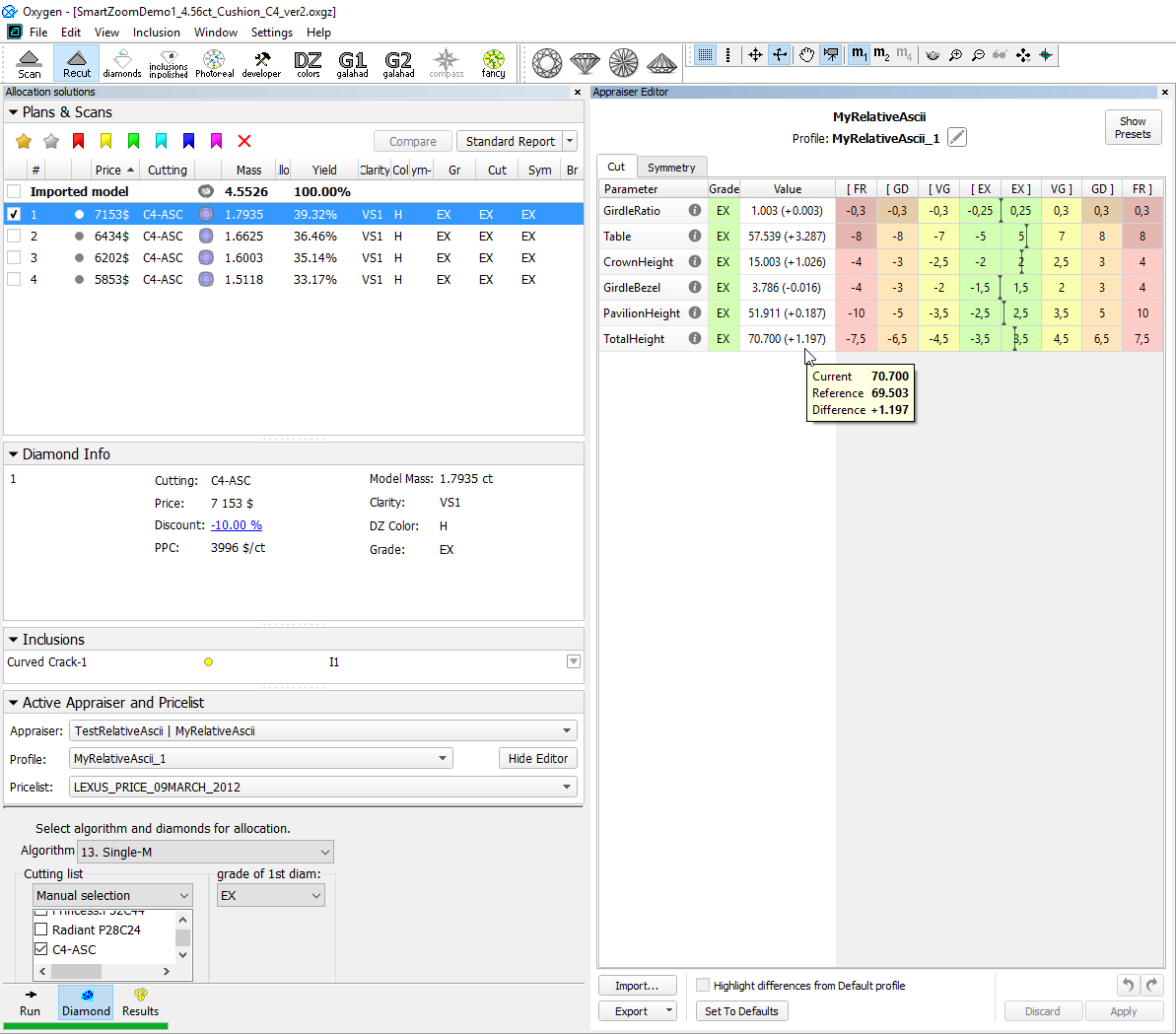