Here you can find information about what is new in HIG version 5.5.7.

The following keyboard shortcuts are now used in the Scene: 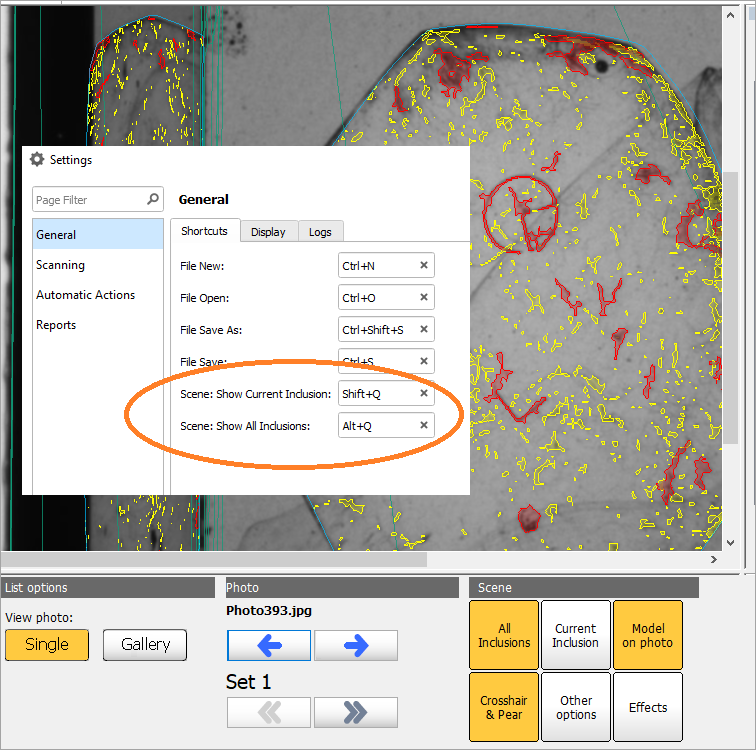 The default values can be redefined by user via Settings > General > Shortcuts.

Now you are able to set Grey Status for inclusions of your model. Inclusions having this status will not be taken into account during allocation.