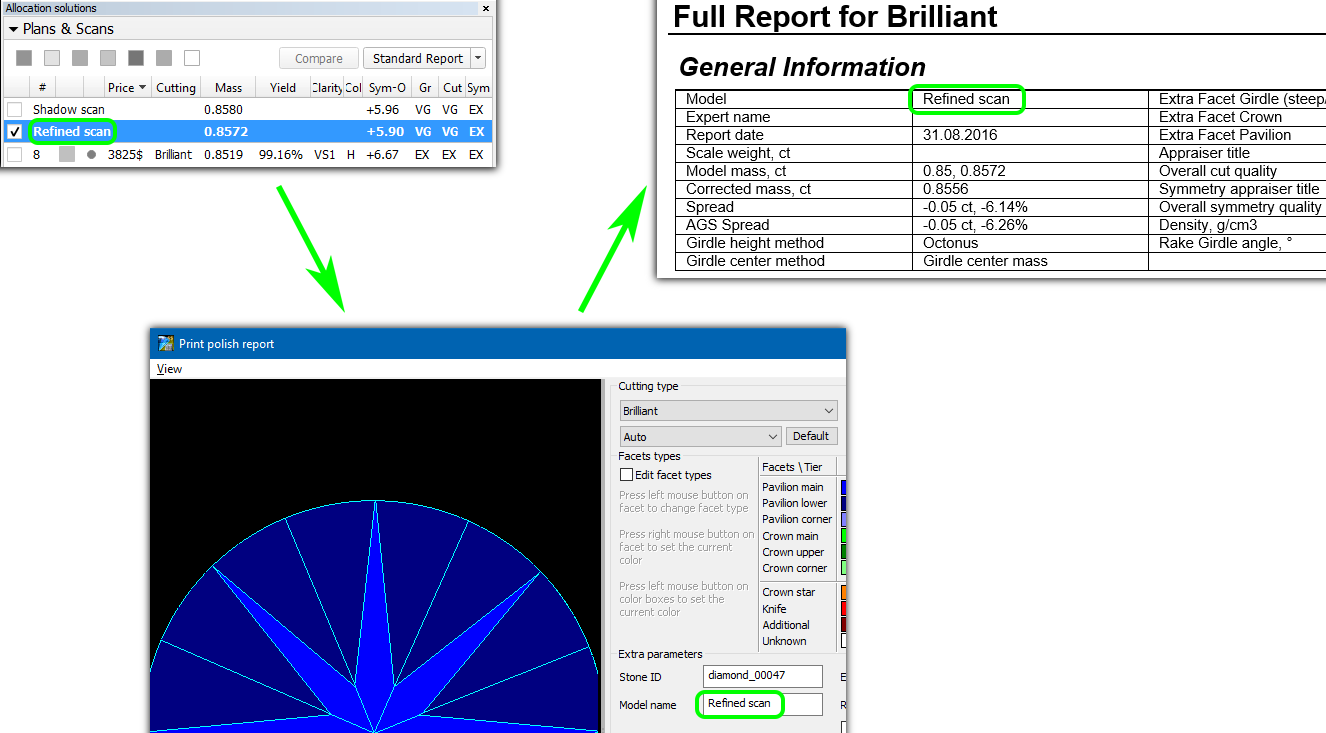 Model name is assigned automatically. Note, however, that you may change it in the polish report preparation window prior to creating a report.
Initially there is only one predefined template. It is called Export report data, Color.

Sample Base 1 (no cavities):

Sample Base 2 (with cavities) :